I have many movies I have enjoyed, but rarely do I find something to say that it is one of my favorites. For a long time, it was a tie among Footloose, Grease, and Flatliners. But I have re-watched them recently, and I find that I don’t enjoy them quite as much as I used to. I think what made them my favorite were the events surrounding them and people I watch them with. 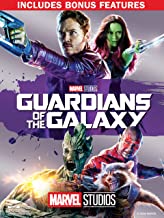 Now, the first movie I think of is more the character than the movie – Groot  – Guardians of the Galaxy.  The movie was enjoyable overall, but the character meant so much to me. When we went to California Adventures last year, it was the ride I had to go on and the souvenir I had to get.

Groot has so much depth even though he only says three words – “I am Groot.” But the manner in which they were said gives context to what he is meaning. I feel those three words could be used any time I cannot think of what to say.